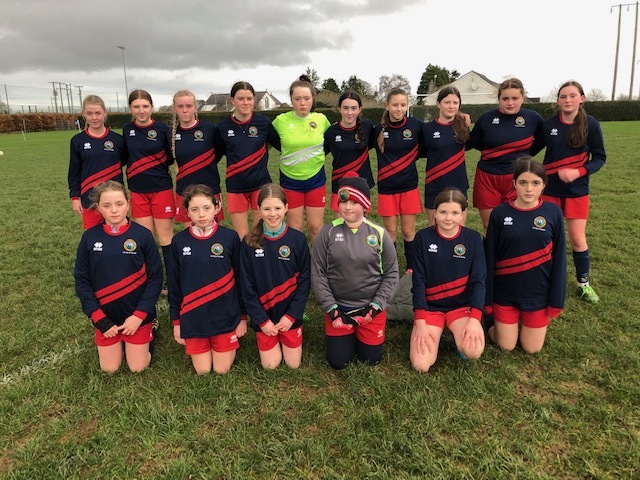 Ballymackey u14 girls bowed out of the Nat cup today losing 3-1 at home to newcastlewest town fc. Ballymackey played with the wind in the first half and came close on a few occasions before taking the lead through a great strike from Mioda o Shea. despite having most of the ball the score was 1-0 at half time. In to the second half and the visitors had a lot more of the ball and levelled about 5 minutes in. After that the game was even enough and you felt whoever scored the next goal would win unfortunately the visitors grabbed it with about 10 minutes left and added a third with only a few minutes remaining to kill off any hope of a ballymackey comeback. Well done to newcastlewest town and best of luck for the rest of the competition. panel molly Shelly, Zarah Corcoran, Lisa Fitzgerald, Niamh Spain, Niamh Kennedy, Grainne Troy, lily Kate Kenneally, Mioda o Shea, Lexi Wynne, jane hall, Charlotte Deegan, Emma o connell, Anna Fitzgerald, Isabel Manicle, Sofia kolodova, Aoibhe Hassett and grace kilgannon.