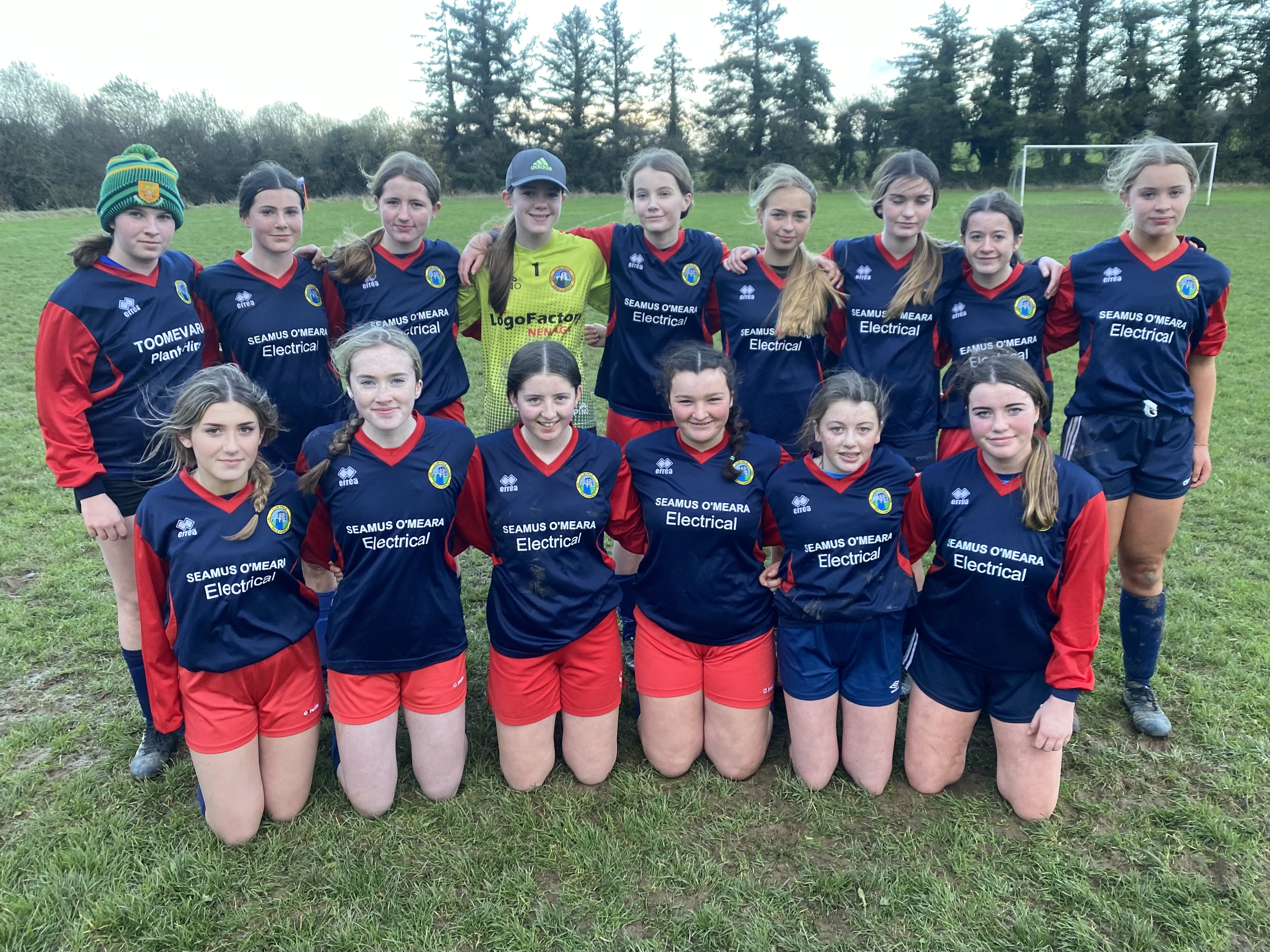 Well done to our Under 16 Girls who are through to the last 32 of the Schoolboys/girls Football Association of Ireland National Cup after a 1-3 away win against Castle United in Kilmallock Co Limerick. Ballymackey started the game on the front foot and created a few good goal scoring chances before Ailbhe Treacy broke the deadlock to give Ballymackey a half time lead. Early in the second half Shauna Egan reacted quickest to a Mollie Ryan corner to score her first goal for the club and double Ballymackey's lead. Ballymackey were well on top but 2 nil is a dangerous lead and Castle United pulled a goal back with 20 minutes remaining with a super strike from a well worked short corner, to leave the game in the melting pot. A great reaction from the Ballymackey girls saw them try and push on for a third goal and a safety buffer and they were duly rewarded when Anna Lee produced a bit of magic on the byline to pull the ball back for Nicola Zarina to finish with aplomb past the Castle Utd netminder. A great performance from the girls with a strong 15 player squad all contributing from the off with roll on roll off been used to full effect giving lots of game time to everyone. It was another easy on the eye performance from a team that are very brave on the ball in all areas of the field and their ability on the ball was matched by tremendous workrate without the ball. Everyone was on top of their game and we had stand out performances from Sadhb Connolly, Emma Nolan, Nicola Zarina and our player of the match Ailbhe Treacy.